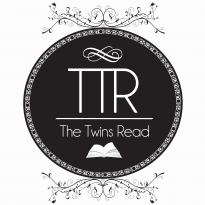 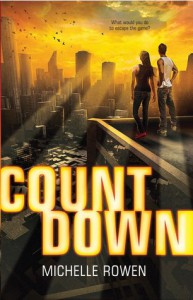 Kira's been on her own for a while now, relying on her hard-won street smarts and pretty face to survive. But nothing could have prepared her for waking up in a dark room next to Rogan Ellis - notorious serial killer. She doesn't know why she's there, all she knows is that she's forced into an underground game with a ticking clock inside her head and her life on the line. She has no choice but to play because when that countdown reaches zero, it'll be game over for both herself and for Rogan.

With a summary like that, how was I supposed to resist? Underground games with real people pitted against impossible odds with a countdown in their heads? Yes please. But as soon as I started the book and entered Level 1...it was a whole different story.

Players of this notorious Countdown have to complete six levels to pass the game. Winners get to have anything they want - money, a ticket to the Colony, a new life. Sadly, I thought the levels would be heart-pounding, cling-to-the-edge-of-your-seat thrilling but they weren't. The levels were actually pretty simple, the only reason the characters were all stressed out was because of the countdown in their heads signaling impending doom.

Kira, admittedly, wasn't a very interesting character. She's like every female character out there - pretty, strong, brave and smart - but she lacks a certain realness to her and because of that we couldn't connect with her. I couldn't point a finger on her personality and she was pretty inconsistent.

Rogan was touted as a nefarious, notorious, bad boy and he's handsome too boot. But to me, he was just an angry boy that's a little rough around the edges who's been through a whole lot of crap. That dangerous aura Kira said he had? Nonexistent. Their whole relationship was unbelievable - a little too fast and rushed. One minute they're all into each other then the next Kira's backing off because of Rogan's secrets and she's not sure if she can trust him not to add her to his kill list.

The world building was quite confusing too and left a lot of things unanswered which irked me a lot because when I read dystopian books I expect at least a modicum of decent world building. But in Countdown....I was basically confused. The addition of psi powers made things all the more confusing as their role in the scheme of things is vague at best.

Psi powers, death, romance and countdowns in your head that signal your death abound in Michelle Rowen's Countdown.